The 'Teri KuVa Ku Podium' issue that saw Weasel being belittled by the loaded socialite is still fresh in people's minds and now, Weasel is seen carrying a bag of Maize flour on his head all in the name of Bryan White charity activities has left many of the RAW fans disturbed, the vast majority say this is unacceptable, but Weasel thinks otherwise.

Chagga who could by now be guiding him on what and what not to do has been ''FIRED'' and the Wiggle singer has a lot of "podium" activities to fulfill under the Bryan White Foundation not forgetting, he signed a five year contract.

Last night was the prestigious Hipipo Music Awards at Serena Hotel and very many awards were won by Radio and Weasel, but Weasel was conspicuously missing from the awarding event.

A group of unknown guys showed up on stage to pick up the first award, little did they know that Chagga was in the house, he came walking with a lot of swagg clad in a black T-shirt with the RAW (Radio and Weasel) initial in reggae colors inscribed on it, he looked at the guys who had picked up the trophy, they very quickly surrendered the trophy to him.

Sources close to the Chagga camp intimate that the two are back to working together and the Moze Radio clip saying Chagga can't be fired must have accelerated this.

Weasel will in two weeks time be performing at Regency Hall in North London.

Bebe Cool unveils his other mansion under construction 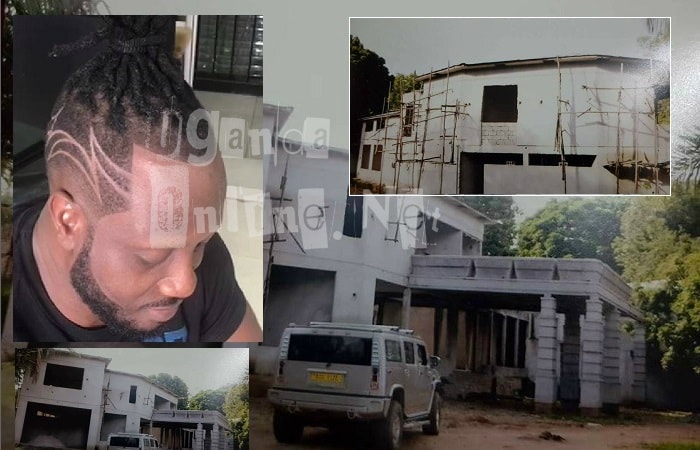 Days after unleashing his apartments, Bebe Cool has also showed off his official mansion that is under construction