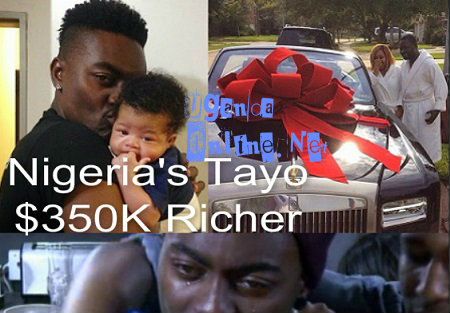 ​
Last Sunday, Idris Sultan from Tanzania was declared the winner of the Big Brother Hotshots after 63 days of stiff competition. He beat his closest rival Tayo Faniran from Nigeria winning Biggie's US$300,000 cash prize. On being announced as the ultimate hotshot, he fell to his knees kissing the ground as Tayo shook his head in disbelief.
All that is over now for the Nigerian rep whose girl friend gave birth to a bouncing baby boy, Toye, while he was in the house. As the second last man standing, Biggie gave him a gold chain, and as he was getting to terms with his loss, one ardent fan who was keenly following him in the house has vowed to give him a whooping $350,000.
Billionaire and oil magnate, Ayiri Emami, from Warri in Nigeria was following the game closely and was convinced beyond reasonable doubt that Tayo was the ultimate hotshot, but just like other Nigerians he was dissapointed.
Now that he deserved to win, Emami has even added $50,000 onto BBA prize money that Tayo would have got had he won. The Naija billionaire contributed close to USD30,000 towards the African Queen singer, 2Face Idibia's wedding last year.
Some of the toys in his yard include a 2014 Bentley, Porsche, Escalade and Range Rover to mention but a few. On October 23, it was his wife's birthday and the present was a customised Rolls Royce. It should also be noted that Emami and Asba have been married for several years but still so in love.
This was followed by a lovely intimate dinner at Dell Frisco's Grill in Texas, Houston. Below are some of the shots for the customised Rolls Royce. 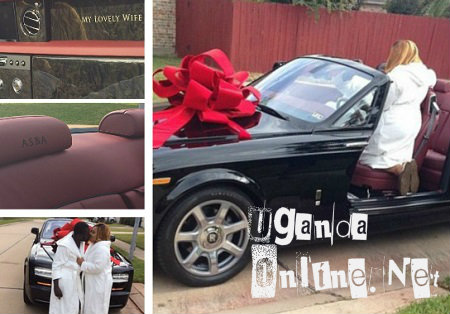 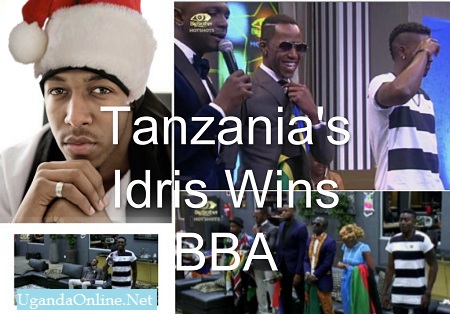 Tanzania's Idris Sultan,(21), a photographer by profession is $300,000 richer after winning the Big Brother Hotshots, season 9, beating 25 other contestants. Unlike other seasons, this was 63 days. Last Sunday, our very own Ellah was evicted along with three others leaving behind eight finalists that include;

Butterphly and Mam' Bea, JJ and Sipe, Nhlanhla and Macky 2, and that was the order in which they were evicted. Smartly dressed Idris Sultan from Tanzania was later declared the winner leaving Nigeria's Tayo who was clad in a black and white striped T-shirt in tears.

As usual IK had a chat with the two finalists who were dropped by a white limousine to the Big Brother stage. Tayo said that if he won the money, he would pay bride price for the woman of his life, while Idris said that this money came from Africa, so he give it back to Africa.

Idris was dating Ellah and Goitse, but he loved Goitse more something that did not please Ellah to the extent that when she was evicted, she was drumming up support for Butterphly as opposed to the Tanzanian photographer. Having won the $300,000, Idris is now a ladies man and our beauty queen, Ellah should be prepared if she is to feature on Idris' list. 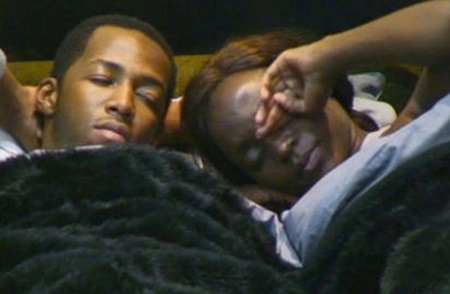 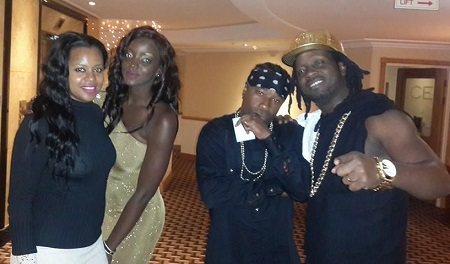 Yesterday's Big Brother live eviction show kicked off with Bebe Cool doing his latest hit Love You Everyday as Zuena and Sheilah Gashumba among others cheered him from the audience that was singing and dancing along. IK was no exception.

Namibia'a Sheillah and Mozambique's Trezagah were the first housemates to be evicted followed by Ellah and Goitse leaving behind 8 finalists in the run for the top prize of US$ 300,000. The reality TV show ends on December 07, 2014.

It's funny how Ellah was evicted alongside Goitse. These two have been sworn rivals while in the house. They both had a thing for Tanzania's Idris making IK's job easy because once they got out of the house, he simply asked them who was wife number one and wife number two? 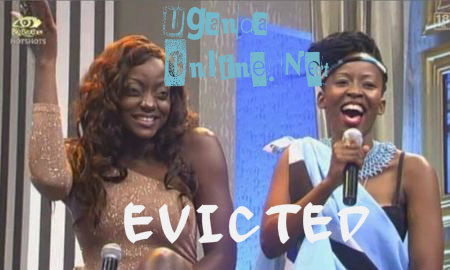 Ellah told IK that she genuinely fell in love with Idris.

Meanwhile, Idris and Ellah would have fired up things a little more in the house had it not been for their relatives who came to visit during the week. Ellah's mom for example told her to scale down on the booze and also cover up a little bit while in the shower room, she reminded the ex-beauty queen that millions were watching, so she needed to be careful with the in-the-sheets game. Idris was equally told to behave himself.

As Big Brother was counting down the seconds for Ellah to leave the house, Idris wanted at least a good bye kiss, but because os the words of caution from their relatives (especially Idris), even a kiss was proving to be a hard thing to part with. It was time up for Ellah so she said: "It's ok Idris, I will see you on Sunday."

Idris while talking to JJ and Nhlnahla said that; "Biggie has taken the two most important women in my life but I wont Cry."

Now that TZ is next door, this Ellah-Idris thing will not just end in the house and not even the fans would allow it to end. Tayo, Nhlanhla or Idris, one of them is tipped to be US$300,000 richer this coming Sunday.

This year was a lot better than last year for Uganda. Both housemates (Denzel and IK) were evicted in the first and second week respectively but this year, apart from Esther Akankwasa who was evicted in the second week, Ellah was just minutes to becoming a finalist, the position which Sharon O enjoys, but Africa had different plans all together.

Auditions for Big Brother Africa 2015 will be around May next year.