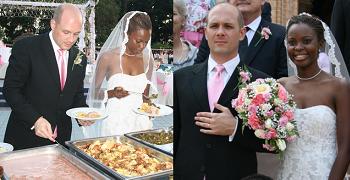 If you have been wondering what our Big Brother 2 and 3 flops are up to wonder no more. For Maureen we are very much aware she wedded in January to Dr.Garett Taylor and the results are paying off as she is already pregnant.

As for Morris he has resorted to singing. He is currently in Nairobi recording his maiden song called "Sherry". He is recording at Cliff Records in Nairobi. Sherry is a song about a babe he loved in his old days.

He first revealed his Music career at Kati Kati launch where Navio was launching his Half The Legend Album. Uti from Nigeria and Latoya from Tanzania were in attendance that day.
Read also: Gaetano's Wedding 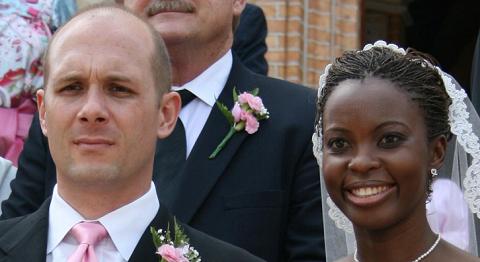 Uganda's Big Brother Africa 2 representative Maureen Namatovu will be dropping the Namatovu name today and take on her new role as Mrs. Maureen Garett. Maureen and Garrett Taylor will be exchanging vows at one o'clock today in Rubaga.

Maureen was one of the housemastes in BBA2 who made the game worth watching especially for the shower hour fans and also had an affair with Code Sangala from Malawi. Maureen and Code enjoyed the pent house on several occasions and indeed enjoyed every moment wining and dining plus showering.

Maureen came back to Uganda and her boy friend then Moses Oga was not very amused with the way she had enjoyed her self on international telly so their affair did just not take off from where it had stopped before the Big Brother game.