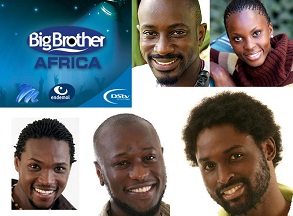 Big Brother Africa 6 is back and the call to join is on though you have to be 21 years old  and applications close on the 27th of February.

Uganda has had it's 's own experience in the game. It kicked off with Gaetano who did a marathon ion the sheets and the first of its kind, since then the rest have followed suit.

When it came to Maureen, she was one daring one during shower hour who could remove all the clothes and showered nude for the entire Africa to see.

Morris failed to make his advances to Tanzania's Latoya and the next thing he knew, he was out of the house before doing anything.

Philbert stayed for a week or two and that was it, but Hannington made headlines after he beat South Africa's Lerato to cabbages and the next thing was to be thrown out of the house breaking a record at that.

We are now waiting for our next representative though our wish would be a gal, we have had enough of the goons biggie so let's have the  cuties too.