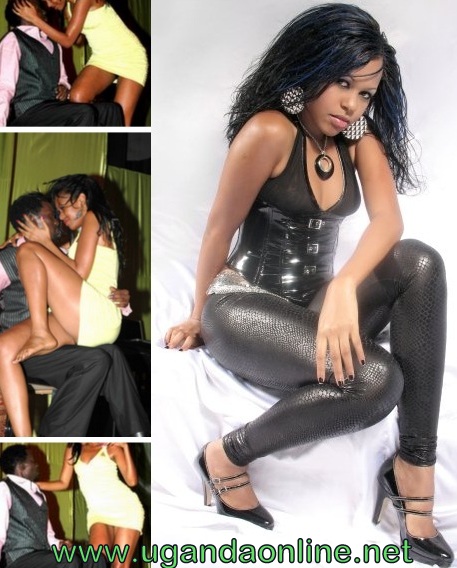 BIG Brother Africa Amplified kicks off on May 01 and Uganda is part of the fourteen countries that will be competing for the top prize of US$ 200,000. The latest information we are getting is that Uganda will be represented by a female housemate which was widely expected now that Maureen Namatovu was the last female we heard representing the country in Big Brother Africa 2.

Sharon Salmon is a member of the Obsession's group and a wife to Ronnie Mulindwa and they have a kid together called Lisbon and in the picture in black, it was two months after giving birth so on a good day she will be a good pack for Uganda.

According to close pals, she sos excited about the move and she was actually seen at Nakumatt Oasis shopping for new clothes that she will actually use in the Big Brother sixth edition.

Below is the latest video for the obsessions and the babe with blonde hair is Sharon Salmon. This is just a sneak preview of what the babe can unleash in biggie's house.