Ernest Wasake to Represent Uganda in Big Brother
Monday, May 02 2011 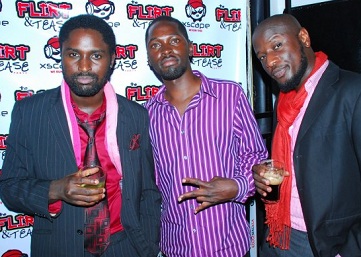 The Big Brother reality TV shows have always been unpredictable and so is the current one that kicked off on Labour Day. Fourteen housemates were made known to Africa two days before the show and Sharon Salmon was representing Uganda.

IK mentioned the second housemate as Ernest Wasake to join the Big Brother House. Some people thought at this point that this was one of those Big Brother twists and the game had turned from Sharon to Ernest.

Uganda now has two representatives with Sharon who is already a celeb and known by many being a member of tHe Obsessions group and Ernest who was a radio presenter with Vision FM 94.8FM until Jan 2010. He is now a Communication and PR Consultant.

He is also a young brother to Dennis Matanda who is a columnist with the Monitor News paper though he is based in the US.

We are yet to see what comes out of him but he was quickat spotting the housemate who was clad in the shortest attire during the show, he did not waste time as he made his intentions clear by planting a hot peck to Weza Soluya.

Meanwhile, Weza could be one chic to watch out for as she has a hot body while in a swim suit plus a butt tattoo.