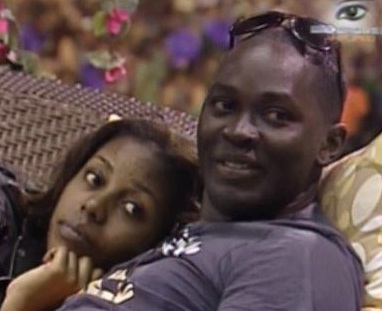 The first Ugandan Big Brother Amplified housemate to be evicted from the house is already in town after jetting in yesterday aboard a Kenya Airways flight. He was received by his mom Sarah Wasake, Multichoice officials and two brothers.

Ernest was then escorted to Sheraton Hotel where he spent a night. Uganda is now represented by one housemate Sharon Salmon or Sharon O who surprised every one when she emerged the second out of six housemates who were on the chopping board.

The house now has twenty housemates after six were voted out. Of the six, countries like Tanzania and Mozambique have lsot out completely with no more represenation on board. Tanzania had Luclay, the housemate with a weired hairstle and a pin in the nose, this one slapped South Africa's Luclay leading to her being disqualified.

Mozambique had only one housemate after the other Herminio opted out even before the show kicked off. Uganda's Sharon has once again done Uganda proud by surviving ths week's nomination'sthat saw seven up for eviction.

This week, Confidence-Ghana, Vina-Nigeria, Mumbai-Zimbabwe, Weza-Angola, Millicent-Kenya, Hanni-Ethiopia and Zeus from Botswana. Two Housemates will have to leave next Sunday, because given the remaining weeks and housemates, it would make sense to evict two housemates every Sunday so that the final Sunday will leave us with the top five.