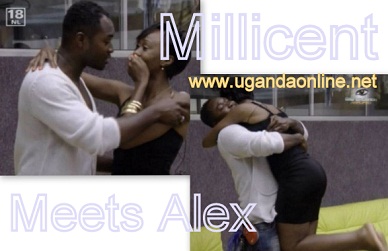 Miss P has already given up on Alex and in fact reminded Alex of Millicent's presence. Millicent and Alex had started on a good note before the main house became the Heads in which Big Brother sent some housemates to the Tails.

The girls have kind of noticed this and in a way they have all teamed up and are making life very difficult for Alex, they've hidden his alcohol.

Felicia from Malawi was evicted and whole on stage she was asked who her favorite housemate was, she said it was Millicent and her worst was Vina who meanwhile put her on the chopping board and in the end faced Africa.