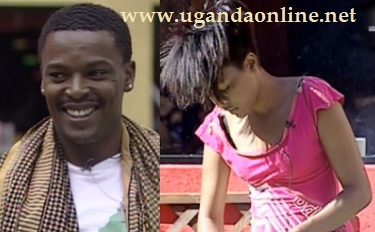 As the girls were trying to get some sleep, Sharon O interrupted their session and told them of how 'Otono' is big and circumcised. For the record, Otono is Luclay from South Africa but Mumba was quick to add that with Otono, that is normal as he moves around naked all the time.

Millicent and Sharon were sharing a bed as Mumba was sleeping next to them. The talk then crossed on who has slept with who and (Ebhoke) Ernest+Bhoke were sampled out first. Mumba defended them saying no they never did it but they kissed, whereas those for the debate were like Ernest and Bhoke did it from the shower room.

Moments later they were snoring.
Related: Ernest and Bhoke's Last Night in the House