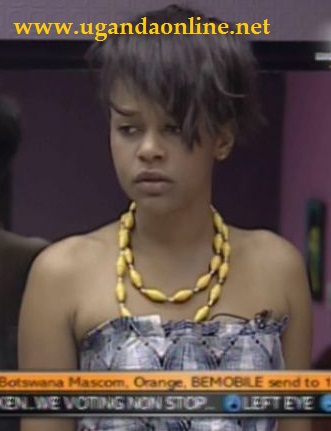 The list of nominations is left with just one thing and that is for the Head of House Vina to save and swap but so far Sharon O got zero nominations implying that she does not appear on that list.

During her chat session, Vina said that unless when she is up for eviction then it will be a bit complicated because then it will be a question of saving herself for any other but the good news is she is not and Karen is. So Vina will be saving Karen from Nigeria since she is also from the same country and probably putting up Lomwe who got zero votes.

Vina has already made it clear during her chat session that she is close to Karen, Hanni and Sharon so this will leave her with no choice but saving Karen and looking at the list below, Lomwe is best suited to get on the chopping block.

Kim is equally worried of the Head of House Vina now that she is close to Lomwe and yet Vina equally likes Lomwe so she feels she is interfering in Vina's territory and therefore a fertile ground for putting her up but then again this is not valid anymore now that she is one of those who have polled the highest.

Monday nominations:
Karen, Kim - 3 votes Vimbai, Luclay, Millicent and Wendall -  2 votes as Vina and Hanni got 1 vote each. Uganda's Sharon and Lomwe came out with no votes.