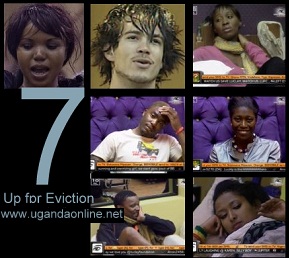 Uganda's representative in the Big Brother Amplified house has survived the last nominations which saw seven housemates up for eviction making her a finalist in the run for the prize that will be won in less than two weeks time.

Vina from Nigeria is the current Head of House so she saved Karen who happens to be from Nigeria and replaced her with Lomwe from Malawi. Lomwe and Sharon from Uganda were the only housemates who had not been nominated but like we predicted, Lomwe had to get on board. Karen, Vina and Sharon are safe this week.

Vina was later seen crying after what she had done but Hanni from Ethiopia was quick at telling her that it's only a game so she should not stress herself. This season of Big Brother will have two winners walk away with $200,000 each.

Related: Uganda's Sharon Makes It to the Finals