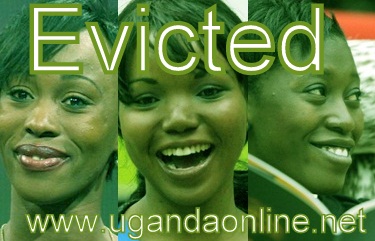 The game is up for Kenya's Millicent, Zambia's Kim and Zimbabwe's Vimbai after they fell the victims of the Sunday live eviction show. Millicent and Kim were the only housemates left in the house representing their countries after Nic and Mumba got evicted in the earlier shows.

Last week, seven housemates were up for eviction only to be beaten by South Africa's Luclay who emerged with 5 votes as four housemates got 2 votes each. Hanni, Lomwe, Wendall and Millicent got 2 votes and a tie-break mechanism was used leading to Vimbai loosing on a percentage basis.

Uganda kept the spirit of East Africa by voting Millicent as Sharon O was not nominated and Zimbabwe was torn between saving Vimbai and Wendall, so Zimbabweans voted for Wendall leaving Vimbai to be saved by Tanzania, a vote which could not do her much help.

Kim also had her country voting for her but the percentage of votes from one country could were not enough to save her. The house is now left with seven housemates who include Uganda's Sharon, Karen and Vina from Nigeria, Lomwe from Malawi, Luclay from South Africa, Hanni from Ethiopia and Wendall from Zimbabwe in the run for the two top prizes.