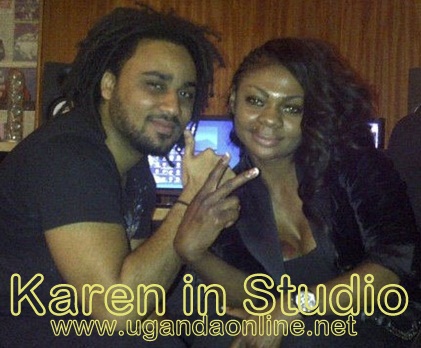 One of the winners of the just concluded Big Brother Amplified TV series Karen is in studio and set to release a single any time soon. She was spotted recently in studio with a popular Nigerian producer.

However, most of her fans seem to agree that she can do better at acting as opposed to singing. Having watched her for the 91 days she was in the house, the stunts she pulled both in the chat room and in the house, the attack on Luclay and more so with her voice, they seem to wonder what vocals that can come out of it.

One Mosala wrote; "But guys we all know Karen can't sing why is the well known producer even considering recording her, shez a good actor that we saw and loved she should be meeting up with tv producerz hayi music producerz lol KARENOOOO hai no peace."

Still on music, Zeus and Lomwe are working on a single that will be released soon.