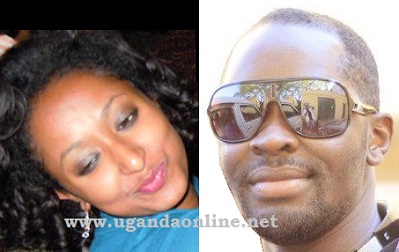 Ethiopia's Big Brother Africa 6 representative was in the country following Liz Coka who visited Phil Okure last year. In the house, Hanni was so close to Lomwe from Malawi.

Ernest and Hanni were spotted in the posh Silk Oxygen looking each other in the eyes. Ernest could not hide the excitement from the time Hanni confirmed to him that she was coming to Ug.

He told a few friends that, "I think I'm excited about this gal coming to town..." and when the gal came you could clearly tell the two had fun because this is what he posted on his wall: "WHOA....'this summer of Ethiopian Love' was EPIC>>>>>>>>>(still hangover) who makes Ethiopian women?"

Ernest did a 'Gaetano move' on Bhoke from Tanzania the night before their eviction and that youtube clip had over 100k views within minutes of its' posting before it was considered inappropriate.