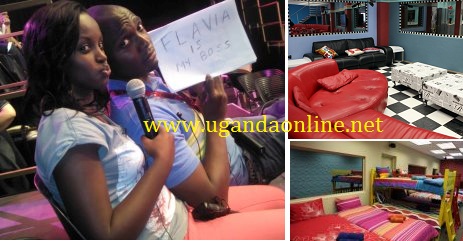 Africa's reality TV show that is rated PG18 starts tonight at 8pm CAT. Reliable info coming in is that Natasha Sinayobye and Husband Michael Kasaija will be representing Uganda. The house will have 36 representatives from 14 countries.

IK will be the host of the show like it has been the case in the last two seasons but then again he will co-host with Uganda's television personality Flavia Tumusiime of Channel and Capital FM.

She confirmed this on her wall: "For the first time, an East African is on the opening night of Big Brother Africa...I will co-host with IK this Sunday.. very honoured!

Meanwhile, seven starmates have already been revealed and these will all be in the Upville house. They include 26-year-old DKB from Ghana, Lady May from Namibia aged 25, Goldie from Nigeria, 34 year old Barbz from down South, Mampi from Zambia also aged 25, and finally Roki and Prezzo from Kenya.

Roki is from Zimbabwe, one of the countries that took the last season together with Nigeria. More starmates will be revealed tonight as the show officially kicks off.