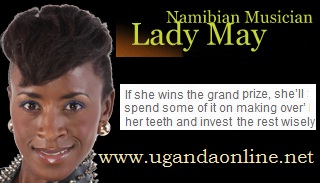 As you may be aware, there are two houses in the Big Brother house, Upville and Downville. Upville has only seven celebrity starmates who were unveiled to Africa days before the show kicked off.

Downville has 26 housemates and that is where the Ugandan housemates Kyle and Jannette are trying out their luck. Since the show kicked off, Big Brother has been trailing Lady May from Namibia.

At least in the last so many hours, our resident experts have been monitoring Biggie's actions and noticed that the Camera focusing on the Upville starmates have more footage compared to the other VIPs.

Meanwhile, Nigeria is once again turning out to be favoured as though the past two wins were not enough. It is among the seven countries with 3 housemates and yet the Upville housemates Chris and Ola are already playing the game so well.