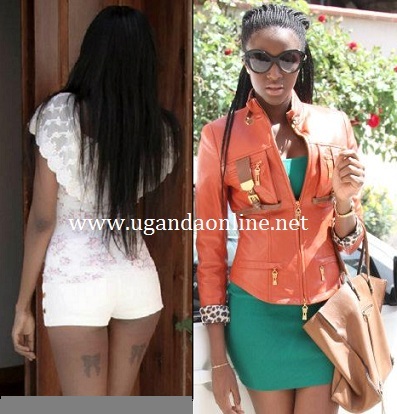 Disqualified Sierra Leone housemate in the Big Brother StarGame is currently chilling in the UK after being slapped by Ghana's DKB in the Big Brother house that eventually led to their disqualification thus ending their dreams on the prize of USD 300,000.

Having crossed that line meant that she was playing the game well and could easily be one of the finalists as she had started giving the Upville housemates a run for their money.

The Olympic games will officially kick off on the 27-July-2012 in London. Zainab like very many sports fans intending to grace the games, they have made their way to UK early enough to avoid disappointments.

Meanwhile, appearing on the Big Brother Africa reality show has simply opened more doors for the Istanbul based model. She was this morning interviewed on BBC Network Africa in London.