Keagan and Junia Upgraded to the Upville House
Sunday, June 17 2012 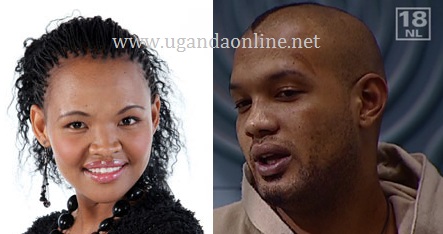 South Africa's Keagan and Namibia's Junia were upgraded to the Upville house as Lee and Jessica were evicted during the Sunday live eviction show.

Lee and Keagan from South Africa, Jessica and Junia were up for eviction last week. Uganda's Jannette was IK's favorite for the week and when asked what her chances for the games was, she said she was going to win.

Junia and Jessica looked beautiful with their hair styles and were the first ones to leave the Downville house. Uganda's Kyle hugged Jessica so tight that he did not want to leave her.

They eventually hit the stage and IK started off with Junia. How much do u love Keagan? We do like each other, Junia replied. She was asked if she kept track of how many people she had kissed in the house? Junia said Lee, Ola and Malonza and she was reminded that Alex was on that list too.

She confessed that she likes Malonza very much and they will remain friends. She was asked about her beef with Jannette, and to this she said there was no beef.

The show then crossed to Jessica. IK told her of how they were amazed with how they kept it real. How do you feel about Luke? It's real between me and luke, Liberia here I come, she said. She was also asked about her beef with Jannette. She said Jannette got up to her nerves last night and at one time she asked fellow housemates to take Jannette away before she could beat her up.

Junia in Upville
Junia met the Upvillers who seemed so quiet and she wondered whether it's always that quiet in the house. Its not until she met Maneta and later Keitta that she felt home which could be their home for the next 49 days.

Lea and Keagan live the Downville House
Lea and Keagan, please leave the house, IK roared as Tanzania's AY came back to the stage doing 'Money'

The South African pair hit the stage sending the audience in wild cheers. Keagan who had a great time in the house coupled with fighting in the house with Junia was asked about it and he said there was nothing serious.

They asked him about Jannette and the SA dude said Jannette is too small.

IK crossed to Lee and asked about the game in the jacuzzi with Junia to which he said was a truth and dare game and he did that to survive.

Lee was evicted and Keagan was upgraded to Upville. There will be nominations in the Upville house tomorrow though Keagan and Junia won't be part of this nominations. Keep it locked.