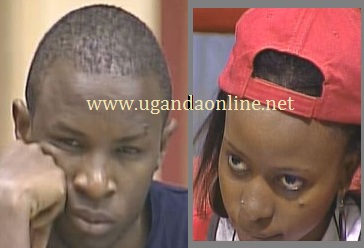 Appearing for their diary session, Jannette revealed to Biggie how they heard his voice calling out on Junia.

Jannette added that she was happy for Junia being in the Upville because she never expected it as well. Junia kept on saying that Keagan and Lee were the ones to be upgraded to Upville. It is a good feeling when you don't think you can get something and in the end you get that very thing.

Biggie then asked them what their worries were in the house, Kyle told Biggie that he was bored and at least if he could get a book to read or something to drink, that would make his stay in the house fun.

Janette's worry was her ball being selected in the random nomination but then again if it did, her prayer is that either her or Kyle are upgraded to the Upville house. The talk in the Downville house now is how they are going forward as Downville in the remaining weeks.

Last Sunday, Junia and Keagan got 7 votes each with Uganda voting for Junia as Lee got zero votes against Jessica's obe vote. The winner at the end of the 91 days will be walking away with USD300,000. The house now has 17 housemates.

Related: Keagan and Junia Upgraded to the Upville House