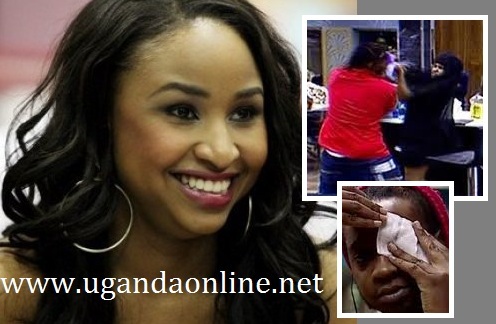 Last Friday, Maneta Mazanhi who represented Zimbabwe in the Big Brother Stargame sneaked into the country quietly bringing an end to speculations of her whereabouts.

"I came on Friday aboard South African Airways around 6pm. I was advised that I needed to sneak into the country quietly because people were literally baying for my blood," Maneta said.

Maneta and Roki were disqualified after a sensation altercation. The two Zimbabwe housemates failed to learn from DKB and Zainab earlier and took Biggie for a ride when he constantly warned them about their actions.

When Rocki poured water on Maneta, she retaliated with liquid soap right in Rocki's face, Biggie simply called Maneta to the Diary Room where she kept her for several hours as her temper cooled.

Last year had two winners and one of them was Wendall from Zimbabwe and the other was boobliscious Karen from Nigeria. Its also important to note that Munya from Zimbabwe missed the grand prize of US$200,000 but because he played the game so well, fellow countrymates together with President Robert Mugabe contributed US$300,000 which they handed him in cash.

Vimbai Mutinhiri who was the other housemate representing Zimbabwe also got US$10,000 for having represented Zimbabwe. Many Zimbabweans feel Roki and Maneta did not represent their country so well and now that the two Big Brother Starmates have apologized to their nation and the fans at large, we wait to see if they will get similar boosts like their predecessors.
Related: Is Maneta in Zimbabwe or South Africa?