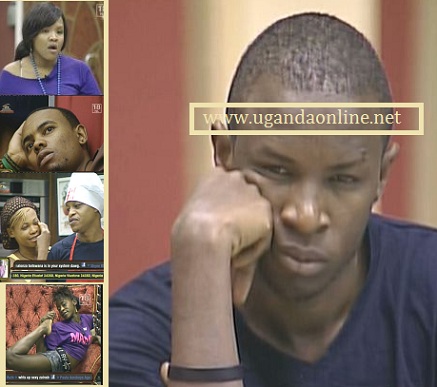 Seconds into the Upville house, The four housemates were delivered to Upville in a box marking the end of Downville and Upville being the official Big Brother House with all housemates playing as individuals.

Unfortunately for the smuggled Downvillers who found themselves to the Upville house by default, they were not as lucky as Talia and Wati who are safe from eviction this week following their being saved by Africa on Sunday.

On Monday, it was nominations in the Upville house and not the random nomination machine which had ended with the Downville house. Lady May came out with 5 nominations followed by Uganda's Kyle with 3 nominations and Keagan who is the Head of House, Prezzo, Goldie, and Junia all had 2 nominations.

South Africa's Keagan replaced himself with Kenya's Malonza. Meanwhile, Prezzo is officially done with with Goldie because he nominated her and yet she saved him a few days back. This week, Kyle, Malonza, Prezzo, Goldie, Lady May and Junia are up for possible eviction. Start voting for your favorite housemate now!.