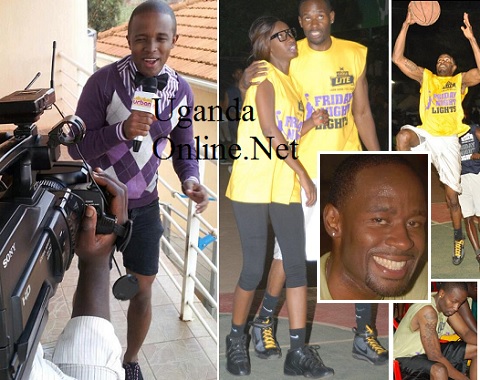 Its only a matter of hours before Biggie unveils the 28 housemates to the rest of Africa. At some point we had Desire Luzinda, Doreen Kabareebe, Denzel Mwiyeretsi and basketball star Isaac Lugudde as the top contenders but the number has since dropped to two.

Urban TV's Charlie Denzel Mwiyeretsi and retired basket ball star, Isaac Lugudde(LK4) are the last contenders standing and if the few indications we have are anything to go by, you could see them walk into the Big Brother house this evening.

On May 18, the last day he tweeted, Denzel made all his social network accounts public, as though trying to link all his accounts, a tool that will be vital while soliciting for votes from Africa.

Being a TV and Radio personality, Denzel constantly uses his facebook account to keep in touch with his fans, but this has not been the case for the last one week leaving us with no choice but to conclude that Denzel will be down south chasing the paper.

Isaac Lugudde better known as LK4 or the 'ladies man' who the ladies love being around is another one who could easily fall sick without paying a courtesy call to his followers on facebook for updates in the basketball world. However, since May 15, there has been no word from the retired basket baller and the main reason could be Biggie's rules that don't allow housemates to interact freely with the 'outside' world as they are already housemates the moment they put pen on paper.