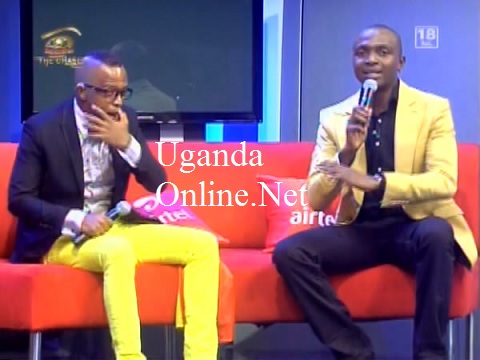 Charlie Denzel Mwiyeretsi will be watching the game outside the Big Brother House like any of us after being the first housemate to be evicted from the Big Brother house. Shortly after, Kenya's Huddah Monroe was told to leave the house and join Denzel on stage.

Africa is serious this time and it looks like this year's theme is "No Tolerance on Nudity" so any housemate who thought could use this as a trick to win USD 300,000 had better think of the next season. South Africa and Uganda voted for Denzel while Kenya and Tanzania voted for Hudah Monroe.

Ethiopia's Betty beat all of them with 5 votes while Selly and Natasha had three votes each. Denzel and Huddah while in the house were getting along. Denzel massaged Monroe to the point of putting her toes in his mouth but the cameras limited their action.

They are now free from the Big Brother cameras so they can explore their bodies better without Biggie trying to establish if they are wearing their mics correctly.

Uganda now has only multi tattooed LK4 as the only representative in the chase for USD 300,000.

Below are some of the tweets in response to Denzel's eviction: