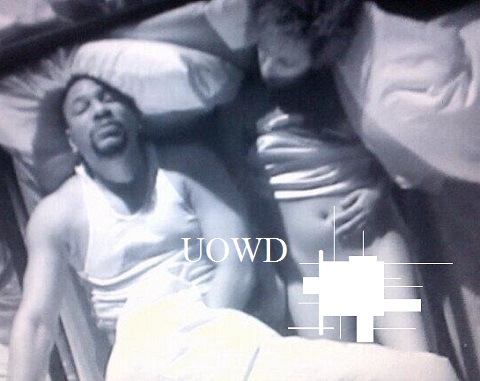 The first couple in the Big Brother the Chase has eventually succumbed to the pressure that has been building up since May 26 when they got into the house. It was love at first sight. It was the first couple to kiss and throughout these days, the couple has been all over each other.

It all started yesterday with Betty being called to the diary room to exercise her SAVE and REPLACE role as she is the current Head of House. She did the needful by replacing her boo who was up for eviction and swapped him with Tanzania's Feza. The two lovers were lying on the bed as Bolt could not hold back tears.

The thought of him being up for eviction was just too much bearing in mind that a day back, two 'strong' housemates, Uganda's Denzel and Kenya's Huddah had just been booted from the show. The HoH is not supposed to reveal what transpired in the diary room and can only do so on the eviction day.

Betty realised things were not getting any better much as Bolt tried to sing all love songs for her with tears rolling down his cheeks, the two decided to take it to another level. The video has since been removed but analysts say that Bolt gave Gaetano a run for his money.

This particular show will certainly bounce back now that these two are not up for eviction, so they are still in the house for at least two weeks.