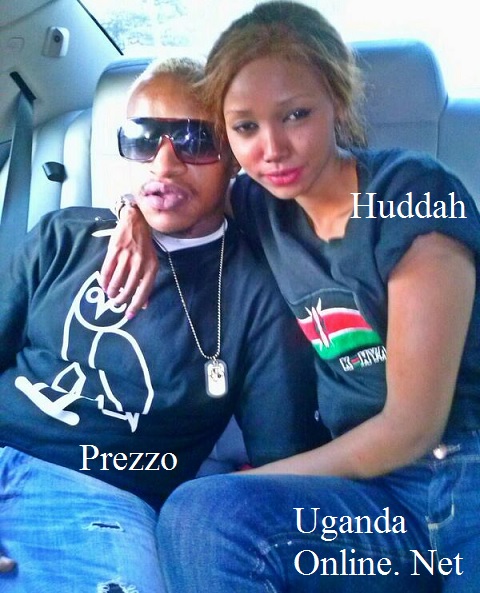 Big Brother Stargame rep for Kenya was on standby to receive his on and off girl friend Huddah Monroe who was the first Kenyan housemate to be evicted from the Big Brother-The Chase house. The Boss Lady as she is fondly called in KY was evicted just after a week in the house together with our boy Denzel.

The Kenyan socialite who had a lot of unfinished business could not hold back tears on learning that her game of chasing the $300,000 was no more, but her tears were wiped away when her on and off boo, former BBA housemate and Kenyan rapper was at the airport to receive her.

While in the house, Biggie's voice roaring like a lion while asking her to leave the house did not make life any better. Huddah and Denzel had to make up for lost time with a massage as a consolation for missing out on the bounty. Denzel had realised that Huddah enjoyed it anyway.

The lady who only spent a week in the house says she was popular but now she is famous. The number of viewers especially in East Africa has since dropped after three housemates were shown the exit in just 14 days. To make matters worse, this week, booby Annabel, the only Kenyan left in the house is up for possible eviction with Pokello from Zimbabwe, Neyll and Biguesas from Angola and Natasha from Malawi.

Huddah Monroe dashed to twitter to drum support for the Kenyan sister: "Anna Banana!!! I really got to bond with my Kenyan sister...lets all support our own!!