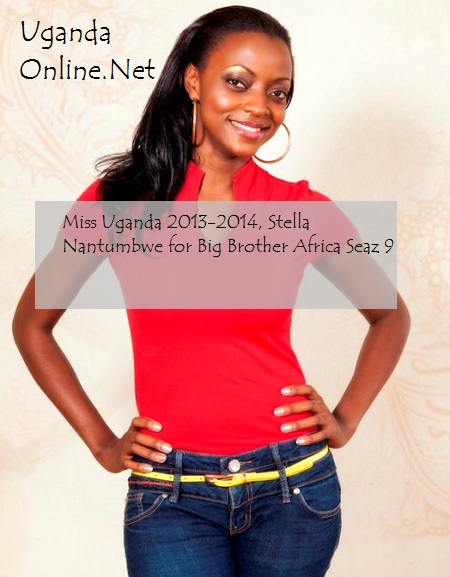 IK will this Sunday be ushering in housemates from different countries. Big up to Tsewagbe Okonronkwo and Stella Nantubwe from Uganda, and wild cheers will be heard from Ugandans and Nigerians watching the show live in South Africa.

The reigning Miss Uganda, Stella Nantumbwe is tipped to be the second housemate in the Big Brother Africa Hotshots season 9. The reality show kicks off in five days time. Stella is still enjoying the benefits of having won the beauty crown and represented Uganda at last year's Miss World pageant in Indonesia.

The beauty queen is set to represent Uganda alongside Lawrence Tsewagbe Onkoronkwo, a Nigerian who was unveiled a few days back. Stella was supposed to have company from neighbouring Rwanda that was supposed to debut on the show with some hot babes, but that won't be possible after M-Net and Endemol SA confirmed that Rwanda and Sierra Leone won't feature on the show.

"Due to schedules and logistical constraints there was insufficient time to follow the necessary procedures in order to process the required travel documentation which has recently become a more complex procedure, part of the statement confirming the details reads.

Earlier on, contestants from Ghana were also dropped. This is due to the new visa requirements by the South African Government. The organisers add that provisions have been made to include the affected countries in future reality shows.