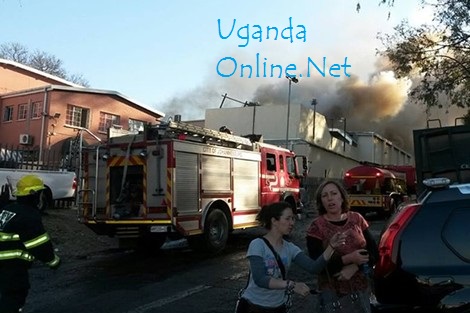 The ninth edition of Big Brother Africa has been hit with several scandals. First, it was the new visa regulations in South Africa that left housemates from Rwanda and Sierra Leone affected. Ghana is equally affected. However, the latest news coming in is a blow to all the fans across Africa.

M-Net and Edemol have confirmed this development. Commencement for the show will now be delayed following the Tuesday fire. No one was hurt. The organizers are now looking for an alternative house to record the production.

"Every effort will be made to find a solution as quickly as possible to ensure that Africa's biggest reality TV show will continue."

This came at a time when the second housemate, Stella Nantumbwe, Miss Uganda 2013, 2014 was tipped to represent the country along side Okoronkwo. The opening night was to be celebrated at Guvnor with fans mingling with former housemates that include Morris Mugisha, Hannington Kuteesa, Ernest Wasake and Gaetano Kaggwa among others.