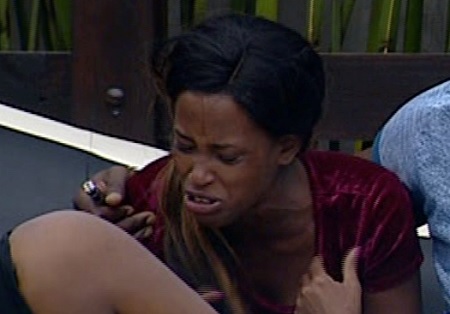 Yesterday, Esther broke down again when she talked about her failed marriage which only lasted nine months. Esther cried like a baby and the housemates she was talking to started hurling all sorts of insults to Esther's ex-hubby and all men in general.

Esther was so hurt because she was the one that was blamed and yet it was the husband who was cheating. She said that he was seeing all the girls he was friends with on facebook, taking them to Germany and yet he had never taken Esther to German.

This is what some of the fans think: