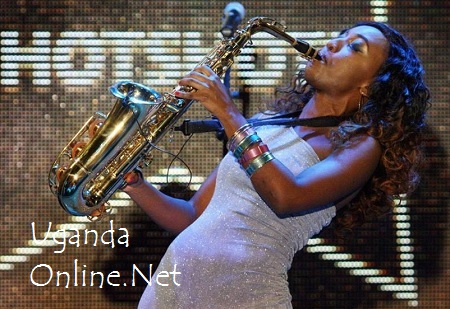 It was Friday night in the house and Botswana's Dj Izzy rocked it like no other. Housemates later went to the Jacuzzi and while there, Mam' Bea came saying that Laveda was upstairs hissing like a snake. It was not long before Idris got wind of this. You can blame all this on Biggie's Absolut Long Island Ice Tea cocktail.

We learned that she was playing with her kitty in the open without bothering about anyone or cameras for that matter. At the time, Idris was not himself after being rejected by Goitse (Botswana) and as he got to terms with the rejection, Laveda was busy making a fool of herself.

Idris got mad. He wanted to pour out his anger and frustration but was refrained by Mr. 265 and others. Laveda was equally frustrated with Permithias who is not being 'man enough', she has showed him all the signs that she is into him, but they only pecked yesterday.

"How can you mastur*_te before every one, " Idris asked while shaking his head in disbelief.

Realizing that a fight was about to break out, Big Brother called Idris to the diary room for a closed session, but of course, the discussion centered along refraining from fights as it could lead one to being disqualified.

The cameras were nowhere close to Laveda but instead on Goitse who was crying at the time thinking that Idris' actions were as a result of her rejecting him, but then Luis (Namibia) was quick to tell her that something that happened upstairs is what upset him.

The cameras have now started showing Laveda who was last seen taking a 2ltr jug of water as a way of nursing a hangover. Fans across Africa are now divided. Following the act, most Tanzanians are NOW looking at Idris as their country rep, Laveda's tagline is #AkuunaKulala, which means No Sleeping, so may be, she keeps busy that way.