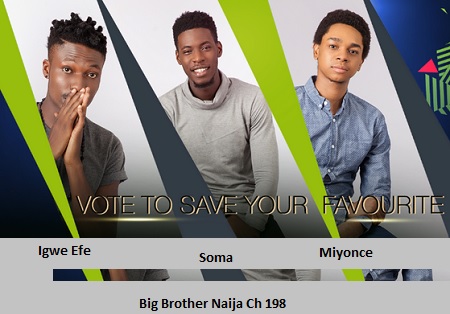 Last night, housemates in the Big Brother House were treated to sounds of DJ Waxxy, they danced like they were making love. It lasted for one and half hours. They were worked to legend beer and other drinks that brought out all the twe.r.king and lap dances that left fans from over 20 countries in Africa watching all the way.

At the end of the dance, Marvis was all spread for Thin Tall Tony who was doing his thing right on top of her...The housemates then kicked off with the Truth or Dare game that later turned out to be more of a 'Dare Affair'. The most daring moves were when Gifty kissed the tip of Bassey who happens to be the most loved lad in the house by the ladies.. Other daring games involved kissing the armpits, toes, 'nipoz', taking clothes off among others.

The fans who kept awake in the late hours are not happy with Biggie's camera men who have taken sensoring of the scripts to a whole new level. In the past episodes, there was a dedicated channel for the uncut stuff but lately, this is a no go zone..

Short of that, it's the same Big Brother house, Biggie's voice is the same and tonight during the eviction show, it won't be surprising to see IK hosting the show that will see Soma, Miyonce or Igwe Efe pack their bags. Today is day 14 of the show and the housemates are 14, all from Nigeria.