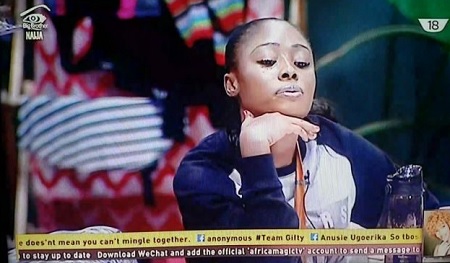 The game is on and out of the 12 housemates, three are already out. This Week, Coco Ice joined Soma and Miyonce to watch the game from outside like the rest of us.

Five housemates were up for eviction but Bisola bounced back to the house with 40% of the fans saying they want her in the game joined by Bassey who had 22%. Debbie-Rice, Gifty and Coco Ice followed in that order with 13, 12 and 11% respectively.

Bassey was happy to see his 'other half' Debbie Rice bounce back to the house, he was really excited just like he shed a tear when Biggie asked her to get out of the house.

The Truth and Dare game would lose meaning if Gifty was evicted this week, not that it's also doing so much to rate her rankings on the winning radar but considering that, the shower hour, and all those hot bits in the game have been scaled down, the Truth or Dare game threatens to be the next best alternative.

Biggie has introduced two more housemates, Jon and Ese to confuse the other housemates into thinking the two are in the running for the game that will see the winner walk away with 25-million-naira cash and an SUV.

Coco Ice is out and the tings she took with her was when she went down on Kemen and in return Kemen giving her a b.oob job.