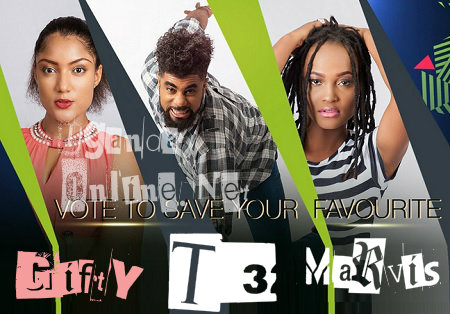 It’s Monday which means live Nominations in the Big Brother Naija house. All the 11 housemates were called in to the diary room for their nomination sessions, Bally, the advantage card star was the first in, Biggie asked him if he could use his card to save himself, he confidently said no and amazingly, he was not on the list. He nominated Bisola and Thin Tall Tony (T3).

All is not well for Gifty. She was up last week and so is this week, will her cling onto the Truth or Dare game save her this time? May be yes because she is up with Thin Tall Tony, another strong contender and Marvis, who had survived the nomination with only two votes, but the Head of House (HoH), Ese, who happens to be the fake housemate was quick to add her onto the list after saving TBoss .

It should be recalled that Africa has been wishing for TBoss to appear on the chopping block so she can pay for her ‘Miyonce deeds’...She slept with Miyonce and did all the things that lovers do but nominated him after all that, since then, fans have been vying for her name on the list so she can pay for her sins.

The new housemates who entered the house yesterday are immune from nominations, Gifty tried nominating Ese, but after a prolonged silence, Biggie was able to let her know that unfortunately, Ese cannot be nominated, it was then that she stuck to her initial option of Kemen.

This week, T3, Gifty and Marvis are up for eviction.

How the housemates voted?