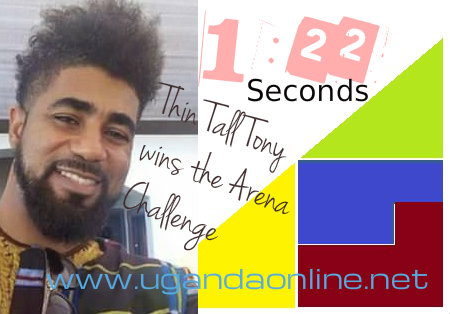 Friday evening is for the Arena Challenge in the Big Brother Naija House. It started off with Efe but just like last week, the results were not any different, he failed.

Next up was Jon, the fake housemate who managed to cross to the next stage but he only had 40 seconds on the clock which could not take him far.

Ese another fake housemate followed and managed to get to the next levelwhere her time ran out unfortunately.

Gifty was the first housemate to beat the challenge with 6:44 seconds on the clock.

Now that Gifty a lady had made it, Kemen knew it was a walk over and in a record 1:45 seconds the muscle man was done.

Uriel was the second female housemate after Gifty to get the challenge right at 3:16 seconds.

Bassey failed miserably, he did not even wait for his time to be up as he left the challenge 12 seconds to the end of his time.

TBoss – During the day, she requested whoever wins the task to go with her for the luxury treat, but most importantly, she wanted to sleep up stairs. Well, when it came to the task, she tried cheating but the masked bouncer did not allow her, she later managed to complete the challenge 6:42 seconds.

Thin Tall Tony – ‘’Standing tall in the way of your victory is Kemen’s 1:45seconds,” Biggie told him before kicking off with his session and on being done, T3 was leading at 1:22seconds.

Debbie-Rise, Marvis and Bally followed in that order and apart from the latter who scored 1:49 seconds, the other two failed.