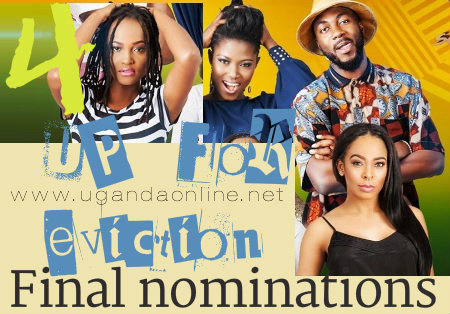 Marvis was called in first to the diary room, she nominated Tboss and Debbie-Rise.

Bally was called in next and TBoss, Debbie Rise were his nominations claiming that the two were strong and a threat to his game.

Debbie-Rise followed to the diary room in her high-heel and cream short skirt, Biggie took some seconds before asking her to nominate her two choices, she went for Marvis and Efe.

Efe was up next, he nominated Debbie Rise and TBoss on being asked why, he said that based on logistics, they are a danger to his game..

TBoss - I nominate Efe and Marvis because I think they nominated me as well, Efe is one of the strongest competitors and  he needs to give me some space.

Bisola - TBoss and Debbie Rise - because the audience lost them and they are a threat to me..

"Housemates, before the nomination process continues, Biggie would like to congratulate you for winning your wager for last week, In the store room you will find a gift from Biggie to celebrate."

He went on to warn them about breaking the house rules...

Would the following housemates please stand: Debbie -Rise, Efe, Marvis and TBoss, you have been nominated for a possible eviction on Sunday.

Head of House, Bisola, who is also immune from the final nominations was given a chance to save a nominated housemate and replace them with a housemate not nominated, this is how Efe went off the hook and Bally got on board.

Biggie went on to tell them that at least one of the housemates nominated will be evicted next Sunday.