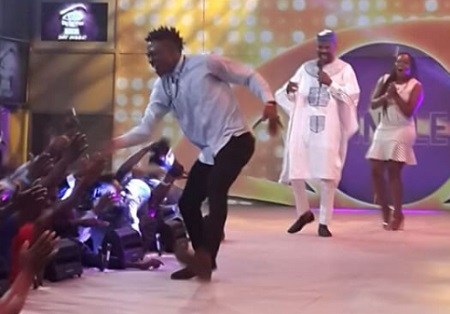 The winner of Big Brother Naija See Gobe is EFE.
It was the grand finale of Big Brother Naija with five housemates tussling it out for the 25million Naira and a brand new SUV. The show kicked off with highlights of last week's eviction that saw Bally leave the house, then crossed to how the finalists have been going about their chores in the last week.

2 Baba hit the stage doing his 'Holy Holy' track. Ebouka went to the house, he did not leave empty handed, he came back with Marvis who was the first finalist to be evicted. Yemi Alade hit the stage telling the fans how she wants her body to be ca.ress.ed as she did her thing with the queen dancers.

Marvis was asked if she will give Efe a chance, she said may be...because she has something out based on logistics..
Debbie-Rise was the next housemate to be evicted but before she could come out, Emmy Gee was lighting up the stage with his Rands and Nairas. Tiwa Savage was next on stage doing her Romantic song that she did with Koredo Bello.
Ebouka was back to the house and straight on put TBoss on the spot when she said she does not need the money and the jets talk.

A clip of Efe kissing Marvis was shown next plus Bisola's games with Thin Tall Tony. It was not long before TBoss was shown the exit.

TBoss and Bisola did not leave empty handed as they got some goodies from PAYPORTE and ONE.org respectively.

2 Baba was back on stage to crown off the show with his African Queen reggae version that got everyone singing along. 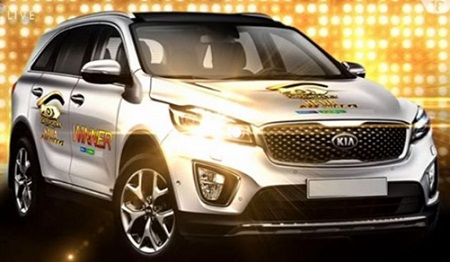 The winner walked away with 25million Naira and a brand new SUV.