Ernest Wasake and Tanzania's Bhoke are at it again
Friday, July 14 2017

Big Brother Amplified housemates Ernest and Bhoke are in Tanzania having more of what they enjoyed seven years back while in the Big Brother house.

Big Brother Africa 6 aka Amplified had Sharon O and Ernest Wasake representing Uganda, and while in the house, Sharon O kept it tight even when Michael from Zimbabwe tried very much to cross that line, he failed. On the other hand, Ernest was on rampage with Bhoke, the number of viewers for the game soared during that time, but dropped sharply when these two [Ernest and Bhoke] housemates were evicted. They left the house on the same night now that the two were up for eviction.

Outside the house, they continued exploring their bodies now that the Big Brother cameras were not following them. Just yesterday, Ernest was spotted with Bhoke enjoying each other's company at a top bar in Dar, he could not hide his excitement;

"I realize now that women really are designed by God to upgrade men! He decided to make men like Toyota ipsum and women like fine tuned Ferrari! Tanzania is lovely, and I am grateful to God for all! We all need good friends in life, especially when we start balding," Ernest wrote.

Some of the notable housemates from Tanzania are Richard Dyle Bezuidenhout and Idris Sultan who both won the money, Idris was very close to our gal Stella Nantumbwe aka Ellah. 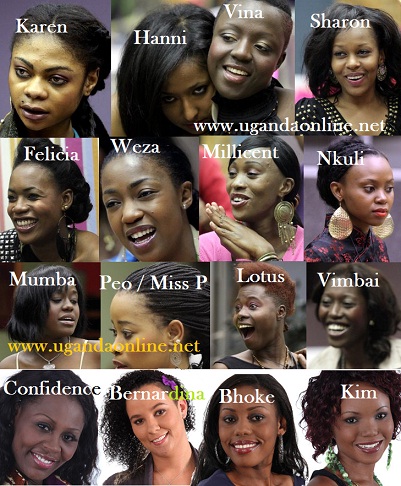