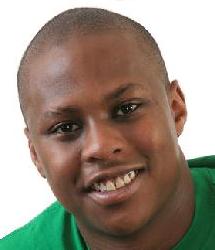 Munyaradzi Chidzonga the housemate from Zimbabwe in BBA3 is to record a hip hop album with Ricco from Angola. Munya is proud that although he lost the money, he came out of the house with a true friend with whom they will accomplish various projects.

Munya and Ricco will be heading to South Africa to record a hip hop album. Munya will not stop at music but will also do modeling and acting. Tatiana (BBA2) has left no stones unturned  when it comes to modeling. Morris being into modeling already plus others vying for the same, we could see a good number joining the modeling industry.

True Munya lost focus of the prize money and instead pursued the romantic avenue not only in Africa but also in Finland, he feels that teaming up with Ricco  will get them to higher levels. Munya and Ricco(The winner) had Tawana for grabs.