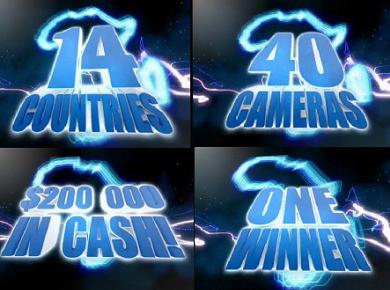 The bad game is back..Auditions are on for Big Brother Africa 4 and this time it is going to be a lot different from what you are used to. This September Big Brother will be screening on tellies near you and not predictable anymore.

Uganda was represented by a male housemate in BBA3 and it could be a male this time depending on how the audtions go because it does not necessarily have to be a female but the one who will impress the judges.

With 40 Cameras and 100 microphones you will certainly hear everything and as if that is not enough the price has been doubled to USD 200,000. The countries are now 14 with Mozambique and Ethiopia being the new entrants.

To qualify you must be above 21 years of age, fluent in English and armed with a valid passport and a citizen of the participating countries. So folks out there if you have what it takes do not hesitate to make your way to Sheraton Kampala Hotel on  9 and 10 June, 2009 at 08h00 to 19h00.

This year audiences will be voting on who they want to stay as opposed to who they want out. It is going to be tight because the game is about keeping the strong players in as opposed to housemates in episodes1,2 and 3 who could team up to evict a strong mate.

BBA1 Gaetano represented Uganda, BBA2 Maureen Namatovu and BBA3 Morris Mugisha. We are yet to find out Uganda's representative in BBA4.