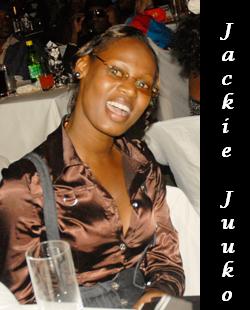 If Jackie Juuko the Ex Miss Uganda 2004 hopeful is the next Ugandan representative in the next episode of BBA, you should expect sex and more sex. She was sighted at Sheraton Hotel lining up for the auditions and guys thought it was a joke.

According to insiders at Multichoice, she is among the finalists and folks are only wishing she represents the country due to the uncountable lads she has dated.

In the Thursday Red Pepper, the tabloid adds that Jackie has seen them all from a pool attendant in Wandegeya bar ground zero to a UK Nkuba Kyeyo, Jackie would be the girl to watch if she spent 91 days in the house.