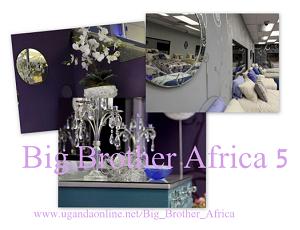 It is four days to go for Big Brother Africa season five to hit television screens in Africa a version which will bring back some of the most entertaining housemates from the previous episodes.

She goes on to say, "All the housemates, both those included in the new show and those who are not on this series, are the true stars of the Big Brother Africa story and we want to celebrate them in all their glory. What better way than to bring back some of the fans' favourite characters for a second chance at the big prize. So join them on July 18th as they set off on a whole new adventure."

This means that in episode 5, the likes of Richard and Tatiana, Maureen and Ricco could easily bounce back to our screens...Can't wait! Meanwhile, Sean Paul will be performing at the opening ceremony.