Malawi's Finest DJ Evicted from the All Stars
Sunday, September 05 2010 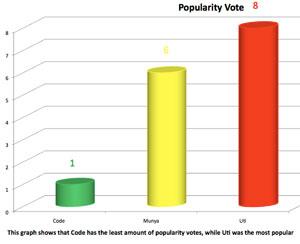 Once again we were spot on with Code's eviction. Code Sangala from Malawi was evicted Sunday evening making the number of barnmates six after Sammi left the house. Uti Code and Munya were up for eviction and your guess is as good as mine Zimbabwe's Munya survived for the sixth time.

Jen's tears were rolling as Biggie started the countdown for Code to leave the house. Uti got 8 votes and Munya 6 votes as Code only had his country to fight for him. It was indeed a tight race between Munya and Uti.

Mwisho saved himself as head of house and put Munya in his place but this was a wasted swap as he did not get evicted at the end of it all. This has now put Munya more or less in the lead once he can clobber Uti and to a small extent Mwisho.

Unlike other housemates who discover barnmates moments after entering the barn house, it took Code twelve minutes to discover that he was not the only person in the barn. Yacob who by the way is likely to leave the barn tomorrow asked Code who Mwisho swapped himself with and Code said: "Munya but you see Munya always survives this shit
"

Related: Paloma and Mwisho are up for Eviction  - Paloma faces Mwisho in the next round and it is going to be tight for Paloma.
Posted by: uowd AT 09:00 pm   |  Permalink   |  Email
Tweet
Uganda Online Entertainment News