Paloma and Mwisho are up for Eviction
Monday, September 06 2010 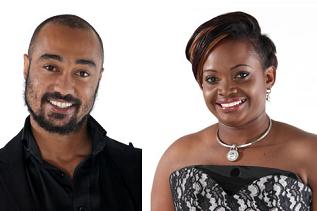 This is getting very interesting and predictable by the day. Don't say we did not tell you. Paloma will be joining the barn next Sunday as she is up for eviction together with Zambia's Paloma.

Meryl and Mwisho were up for eviction but being the head of house, Meryl replaced herself and put up Paloma. This was very tricky for her because on being called to the diary room, she first kissed her boyfriend before attending to biggie.

In the diary room she had literally failed to make a decision until biggie pushed her. She later made her move and Paloma emerged as the other housemate facing Africa this week. The housemates together with barnmates new Paloma would actually save herself so she emerged as one of those with the most votes.

For the record, Meryl and Mwisho otherwise known as (Merylisho) are very close buddies in the All stars show so this is looked at as the first attempt to break this bond but Meryl thought through and came up with a replacement which will be easy to beat next Sunday.
Posted by: uowd AT 09:43 pm   |  Permalink   |  Email
Tweet
Uganda Online Entertainment News