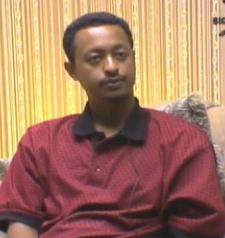 In the Big Brother revolution Jen from Mozambique left the house within the first month of the game. She was brought back in the Big Brother All stars and she has managed to play the game so well as two male housemates have so far quit Biggie's house.

It started with Sammy from Ghana who the doctors recommended that he leaves the house after discovering that he was better off playing the game outside big brother's house. The cardinal rule in this game is that you do not leave the house and should you do so, then that can as well mark the end of you.

This also explains why Uti has not yet gone for his Dad's burial who died three weeks back. The second housemate to leave the Big Brother All stars was Yacob from Ethiopia a country that is having a second chance in the game and with Yacob being the only representative from Ethiopia both in the revolution and All stars.

The game has been rough for Yacob from the time he was evicted from the main house to the barn. He is one fellow who does not like the sound of chicks at all. At one point, he was in the diary room attending to Biggie and the chics were making too much noise, he asked biggie to excuse him so that he can send the chics away.

Biggie obliged and Yacob did exactly that. He chased the poor chics away. Meanwhile, for as long as you are in the barn, how well you milk the cow and look after the hens counts a great deal in your chances of having a second chance on the US$ 200,000.

Yacob left the Big Brother All stars on 06.Sept.2010. The only time he was head of the house is when he was sent to the barn house so he did not have the chance to enjoy the rights and the benefits that come along with one being the head of house.
Posted by: uowd AT 10:30 pm   |  Permalink   |  Email
Tweet
Uganda Online Entertainment News