Mozambique's Jen Heads to the Barn Next Week
Monday, September 13 2010 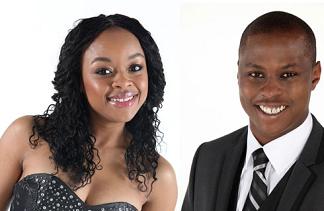 Munya from Zimbabwe is going nowhere because Africa has spoken for the last six times he has been up so there is no reason he would leave this time around. Its very unfortunate that Jen has ended up facing Africa with a strong man who is even likely to stand till the end.

Initially, Jen and Uti had the most votes but as you may be already aware, Uti is the current Head of House though some housemates insist he cheated on the task for head of the house.

Uti saved himself and put Munya up for eviction. Now this is another wasted swap because had Uti put Kaone up against Jen, this would have been a more complicated puzzle to deal with, but for now as things stand, "Jen is finished"
Posted by: uowd AT 10:11 pm   |  Permalink   |  Email
Tweet
Uganda Online Entertainment News